Publishing for the second time was just as exhilarating as the first. What wasn't so exhilarating was refreshing my amazon page for the hours it takes the two versions of my book to link. I quickly feel like I've entered hell. But to the point: I made another book! It's so fine. 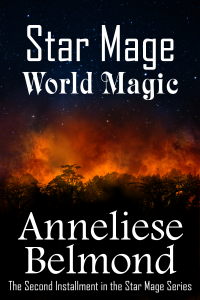 What if you could save a world? But it meant betraying yourself.      The stars press from above. The planet pulls from below. Two loves, two magics. Kaush is in agony. And Kausha wants out.      The Imbalance has affected the planet Gamore, spreading death through her core, and Kaush fears he's the only one who can stop it. But this is World Magic, and using it breaks every law of balance that defines him. His past looms, in the form of friends and foes, showing an outcome he must avoid at all cost. But with new information comes the horrible truth of the Imbalance, and what Kaush must do to stop it.      Torn between the stars he chose and the world that calls to him, Kaush feels each decision he makes taking him to an identity he doesn't know. But if he refuses to act, he risks the life of a planet. Kindle and Paperback! It took literally months longer to publish than it should have, but considering the unforeseen illnesses and broken bones, it's not totally my fault. Typing one handed is NOT FUN. And handwriting? Ha.